I dug this out of the depths of my writing and cleaned it up a bit. See how long it takes for you to figure out what this is based off of. . .

Teeth chattering and hands shaking, the young girl staggered forward. The weight of her infant brother was almost crippling, but she refused to let anyone else take him.

He was all she had left.

Wind howled, and all around them government soldiers rode on their horses and cracked their whips. They yelled insults and screamed into the cold- a futile attempt to keep their faces from freezing.

An old woman in front of the girl staggered and fell. Two men jumped off their horses and rushed over to the woman. Taking their rifles, they beat her as she huddled in a fetal position.

The girl watched without expression. Her mind numb to the savage attack. Pulling her blanket closer around her, she continued walking along the bloody trail.

The woman’s screams stilled, and her body stopped shivering.

She was at peace.

The girl trudged on, her feet numb to the pain, and her hands bleeding from holding the leather straps that held her brother on her back.

The word brought her to a halt, and she looked up into the motherly face of a woman she knew not.

The woman motioned to her back, and the girl’s heart fell.

The woman, as though reading her mind, nodded sadly.

He too was dead.

The girl had stubbornly refused to believe it, but now it was undeniable. Falling to the ground, the girl bent her head.

Her tears mingling with the blood and snow on the horrific trail.

View all posts by Angela Dawne

3 thoughts on “March On” 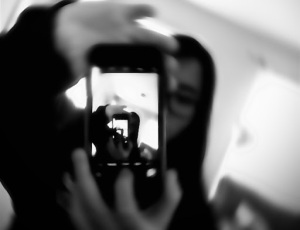 I’m a dreamer, thinker, writer who often finds herself lost in the labyrinth of her mind.

This is my blog where I drop my deep ramblings and short flash fictions.

Receive a FREE PDF copy of my book when you subscribe! 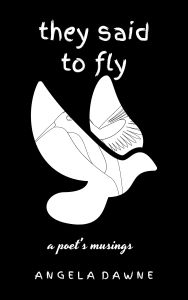 ALL content on this blog, (including but not limited to: words, ideas, specific images and artwork) is property of Angela Dawne and is not to be copied.